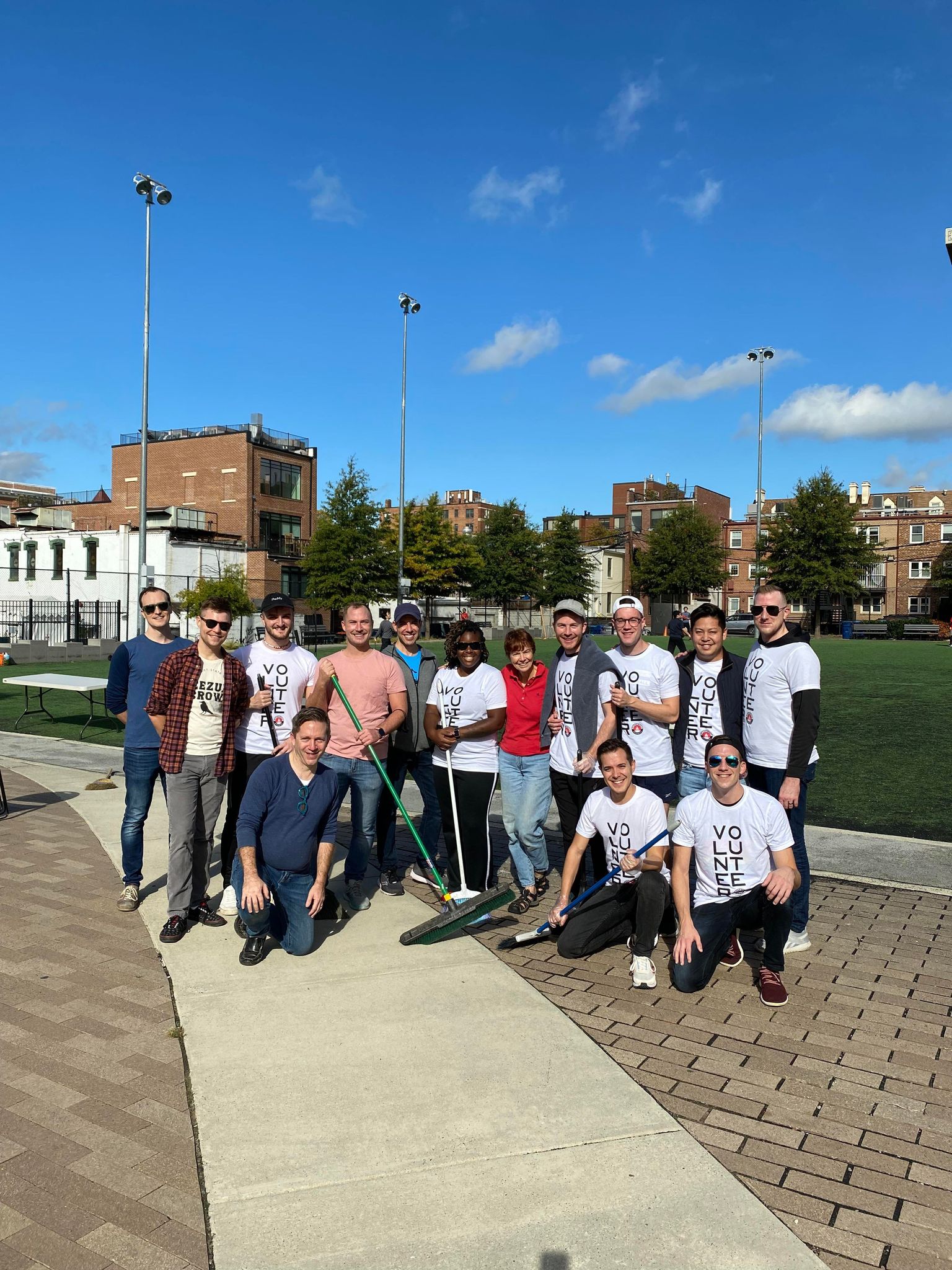 Players from Stonewall Kickball DC joined Commissioners from ANC2B (Meg Roggensack, Commissioner, 2B01; Matthew Holden, Commissioner, 2B08; and Kyle Mulhall, Commissioner, 2B09) to clean up Stead Park in Dupont Circle.  Stead Park has been host to Stonewall DC Kickball games since the League’s founding in 2010.  The entire park, from the field to the playground, was cleared of litter and other debris in advance of the Little Goblins Parade which culminated at the park with a visit from Mayor Bowser.